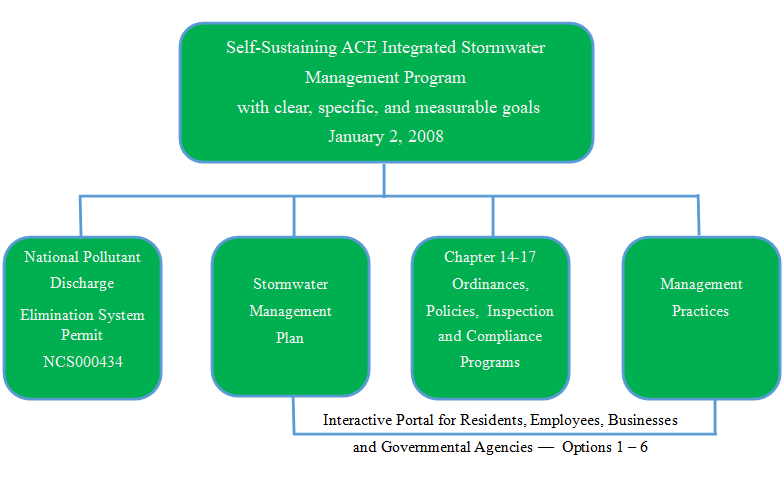 The City of Archdale has a fully implemented, to the extent authorized by law, developed and enforceable Stormwater Management Program and has demonstrated implementation resulting from a 30-year plan initially formatted during the summer of 2007 with a liaison assigned from the City Council.  The interaction of the ACE Integrated Stormwater Management Plan with a connectivity map operating in the 90-100% range on a continuing basis provides justification for its existence to meet the requirements based on the current following metrics resulting from an implementation over multiple permit periods.

The justification for the program and the interactivity of its permit, ordinances, policies, and practices are reflected in the quarterly updates of statistics as categorized by the 6 minimum measures and the annual Stormwater Health Assessment sampling acquired annually at a minimum rate of one sample every 10 miles of jurisdictional waterways.  Based on the current mapping, the City of Archdale connectivity is based on approximately 20% subsurface piping, 80% roadside swales, and 26 outfalls meeting the current definition set by the State of North Carolina.

Relative to the current criteria of the State of North Carolina for a continuing fully implemented program and our Community Assessment of Needs by the current Registered Professional Engineer, City Attorney, and Financial Director:

In 2019, Congress enacted the Water Infrastructure Improvement Act (WIIA), which officially recognizes the Framework as a voluntary path that municipalities can take to comply with the Clean Water Act of 1972 and required the Environmental Protection Agency to continue supporting communities as they apply the framework in their stormwater and wastewater planning efforts.  In the case of the City of Archdale, the ACE Integrated Stormwater Management Program established by a unanimous vote of all councilmembers in December 2007 and becoming effective on January 2, 2008, as a small municipality consisting of a distribution infrastructure network only with an age of approximately 25 years when established welcomes input from the Environmental Protection Agency as the enhancements of fully implemented Interactive Portal associated with the metrics of the 6 minimum measures continue to evolve.  Subsequently, hard copy binders representing a sampling of the thousands of documents associated with the implementation of the program from 2007 to present currently can be viewed at the office of the designated position of the ACE Integrated Stormwater Manager and the designated position of the City Attorney under the title of “UNANNOUNCED Compliance Audit Documentation” and currently consisting of multiple 3-inch binders.

Under the provisions of the National Pollutant Discharge Elimination System (NPDES) NCS000434 Municipal Separate Storm Sewer System (MS4) effective May 15, 2017, the General Permit Construction Activities NCG010000, effective April 1, 2019, General Statute 89, and various City of Archdale Ordinances the ACE Integrated Stormwater Management Program provides the mechanism for compliance within the boundaries of the 518 subbasins within the Reese (WS-III) and Randleman (WS-IV) in which the major ridge line is Archdale Road. 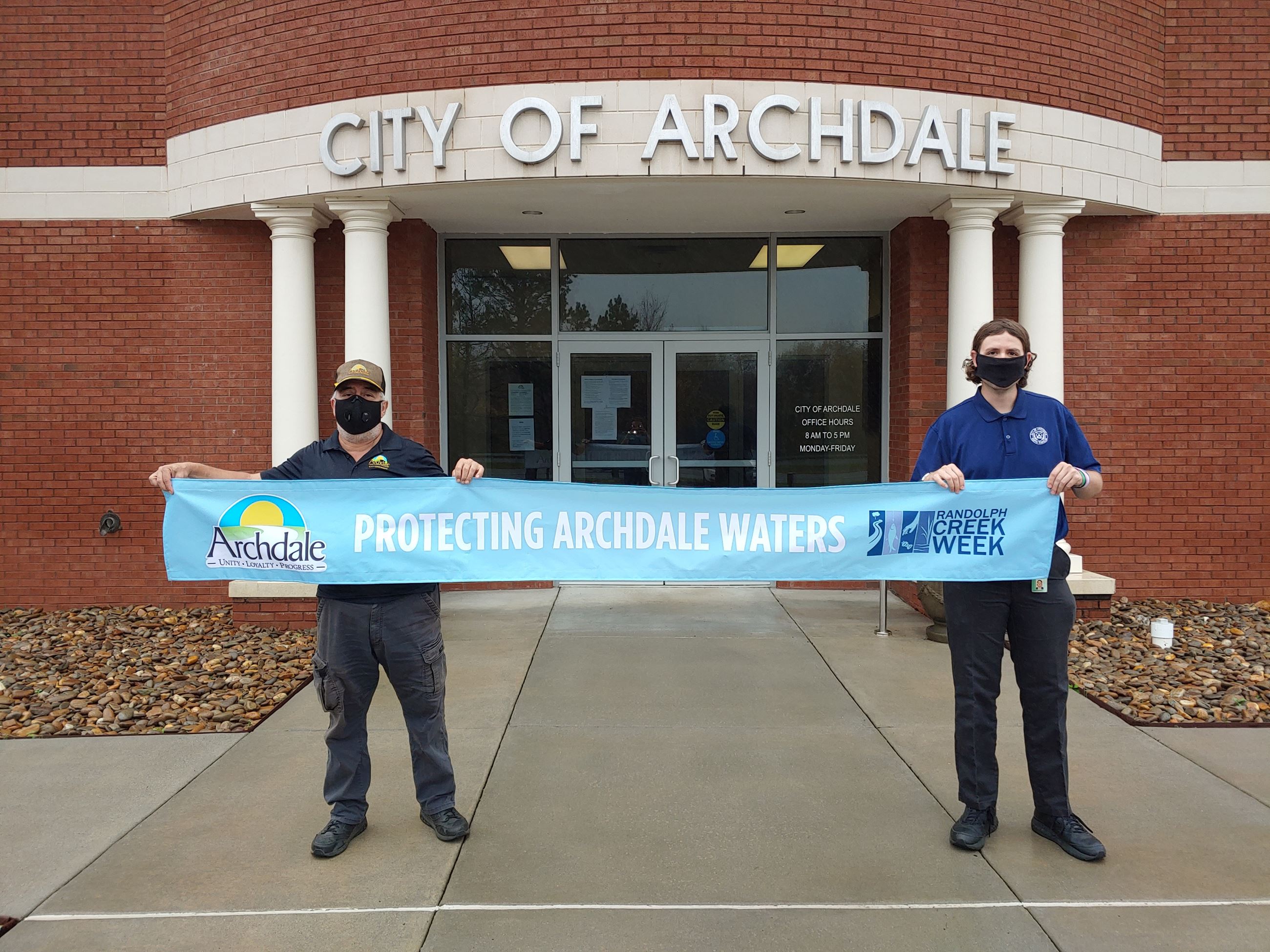 After simplification, all compliance requirements are presumed to be in the Randleman WS-IV during the initial stages of pre-construction. If those requirements can be met, it is considered to be more stringent than other less stringent waterways. However, if site restraints do not allow then the governing waterway requirements are used.

In conjunction the annual targeted schedule of public service announcements on the public television and the lobby kiosk, the we are offering a summary of target focuses apply which was suggested by the Compliance Audit Team who reviewed the City of Archdale ACE Integrated Stormwater Management Program on December 17, 2019.